Tracy Clark’s not-so-hidden talent is for conjuring characters who are engaging and achingly real. Detective Harri Foster is a stellar recruit to her new team and to our crime fiction shelves. Hide is a page-turner with heart.

“Clark writes with purpose, her sense of social justice never venturing into dogma but remaining fully rooted in Raines’s actions and personality. She saves, but is no savior, because she operates in a world where survival is the benchmark, and pain remains in the aftermath.” — The New York Times

“Clark has a unique voice in the P.I. genre, one that is articulate, daring and ultimately hopeful.” — S.A. Cosby, Anthony-awarding winning writer, for The Washington Post

“This street-smart first mystery boasts great characterization and a terrific new protagonist. Get this writer on your radar now.” —Booklist

Broken Places has received both critical praise and award recognition, so it seems that Cass Raines – and Tracy Clark – are going to be part of the crime fiction community for some time. To read her is to be a fan of her, so do not waste another moment – read Tracy Clark’s Broken Places today.  – Kristopher Zgorski, BOLO Books Chicago Mystery #4
“You know those books that are wonderful, but that envy, the worm in the bud, makes you shy away from praising because you wish you’d created that prose or those insights? Runner by Tracy Clark. She understands the streets, kids, the way a PI and a cop really work. Kudos.”

Shades of Black: Crime and Mystery Stories by African-American Authors

“A dazzling collection of crime and mystery stories, Shades of Black is a landmark achievement. Bringing together today’s brightest talent from the field…” –Goodreads 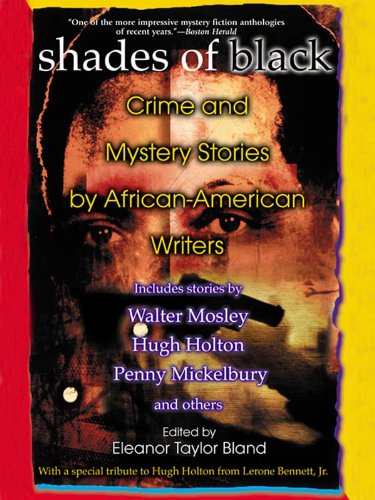